The command aggregate assigns to A the results of the aggregate_functions over B, grouped by C. It is often followed with by, which can be thought of as the same as an SQL GROUP BY. Without by argument, aggregate over the entire table of B. 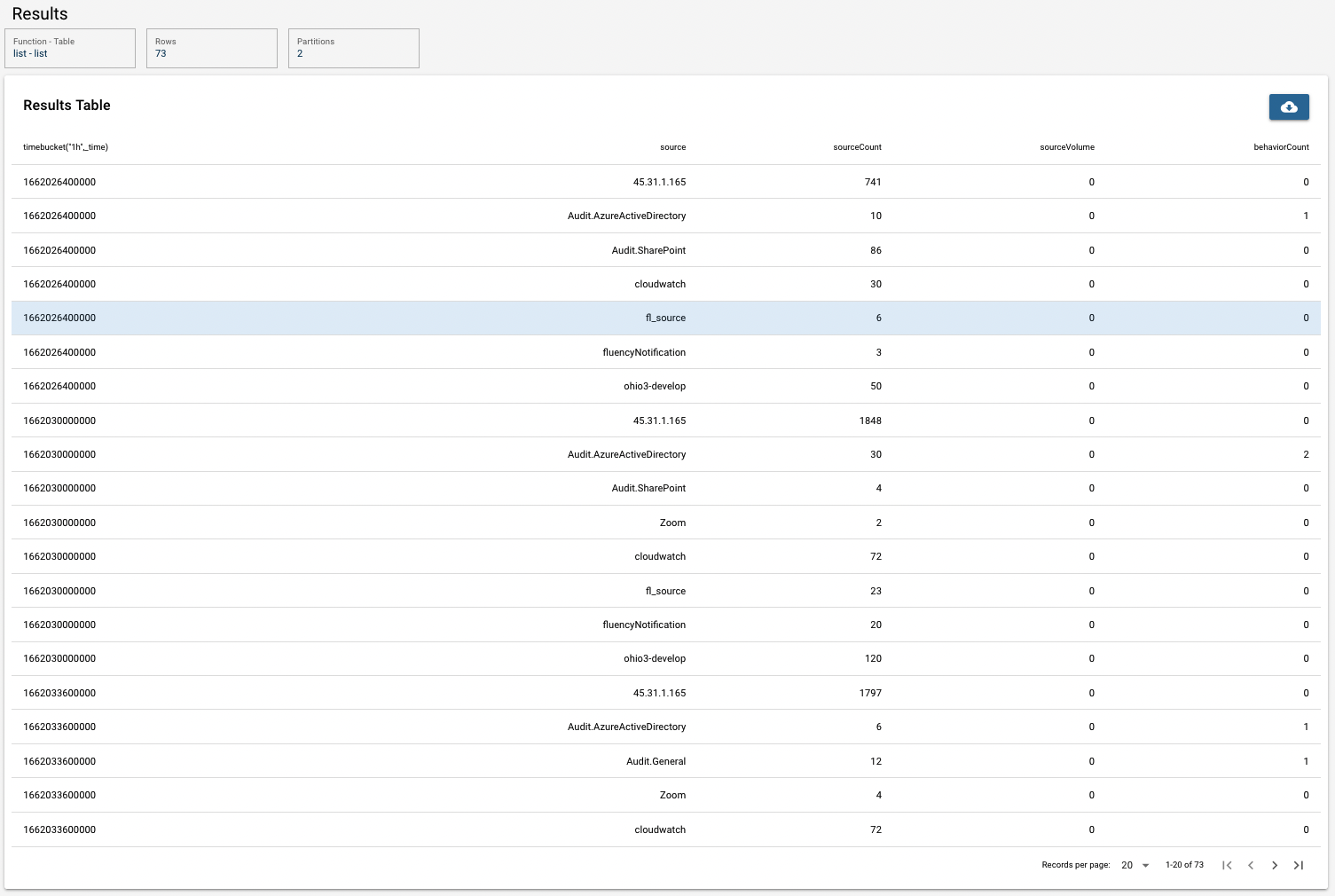 From the first result table, the total count of source, volume, and varieties of behaviors are calculated grouped by source. In the second table, based on the time series “sourceCount”, its standard devaition is given.

The example above consists of two functions. After aggregate argument, other variables not included in aggregate_functions will be discarded, so the aggregate cannot be used twice in one module of FPL code (so do search; where; etc). Multiple purposes can be achieved by wrapping the corresponding codes into multiple functions.

In this example, the command timebucket gives a time interval for aggregation.

Example 3-aggregated by more than one variable 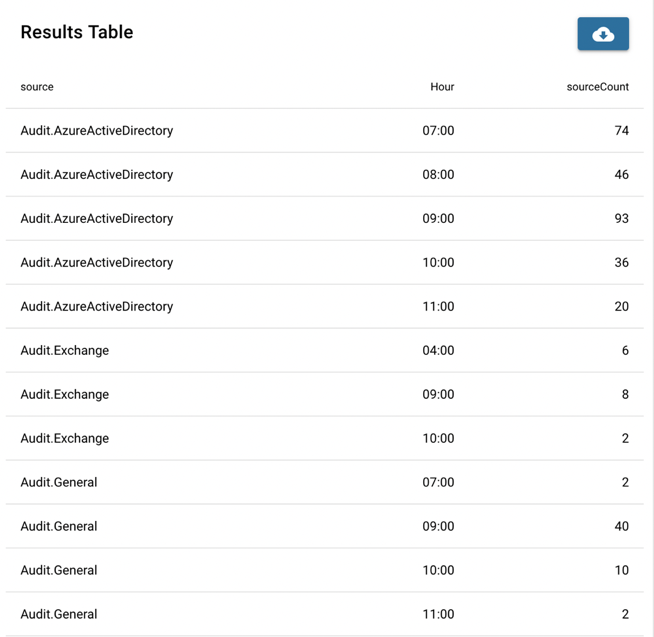 When a table is creating on a spreadsheet, there is often a total row that contains a total of each column. This is done in FPL by calling aggregate without a by argument. 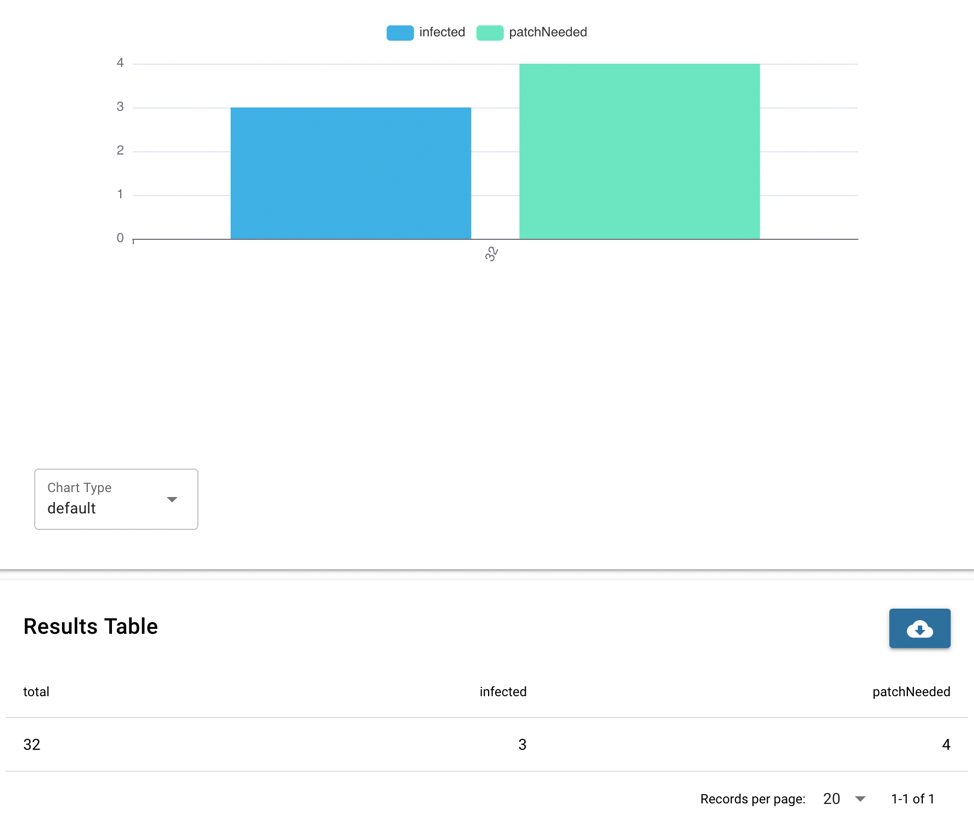 In this example, the resource of SentinelOne agents is used to create a table. We want to show the table, but we also want to total certain rows (number of infected and systems that need patches).

What really makes aggregate work is the logic inside the aggregate function count().

• When we want to count all the rows, we just use count with no parameters, count().

• The field infected is of type boolean (true or false), so we can just pass that into the argument directly, count(infected).